“Owning our story and loving ourselves through that process is the bravest thing we’ll ever do.”

Victoria Valentine has been a part of the LARC team since 2016. Her passion for integrating the vision of LARC across departments and supporting all of the team members has been the most rewarding aspect of her job.

Victoria is proud to be a part of a company that supports the beauty of connecting communities and the magic of creating moments and experiences that become beautiful memories. The things that matter and last. Some of her responsibilities include:

Valentine is an actress in addition to her role as LARC and Starlight Entertainment’s creative assistant. This June she performed with the Alley Theatre as Sabine in The Three Musketeers. Previously, she was the production assistant for TheatreLab in St. Louis, Missouri, where she also performed with New Line Theatre in regional premieres Heathers: The Musical and Atomic: The New Rock Musical.

Some of her favorite credits include Blonde Ambition (Marilyn Monroe, The Blonde); A Southern Exposure (Callie Belle Hurt); A Chorus Line (Kristine Deluca); The Mystery of Edwin Drood (Deirdre Peregrine) during which she participated in a workshop with Chita Rivera of the original Broadway cast; Comedy of Errors (Luciana); and Marat/Sade (Mad Animal, Lavoisier).

Victoria is a proud member of Actor's Equity Association. 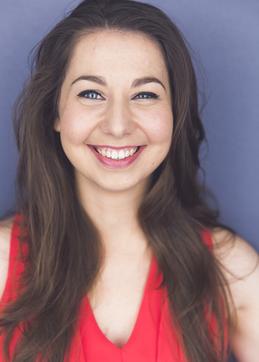